So this is what arrived for me this weekend. I saw the film adaptation of this book back when I was in college and found out later that it was based on a novel by Patrick Süskind– I’ve been wanting to read it since.

Perfume: The Story of a Murderer is about Jean-Baptiste Grenouille, an orphan born with an extraordinary sense of smell. He is able to sniff out objects from great distances and distinguish different substances by their scent. Eager to put his talent to use, he seeks out a famous perfumer and ends up working at his shop. There, Grenouille learns the art of perfumery and starts experimenting to find out which objects would produce the most pleasant smell. Things take a wicked turn when he discovers that women give off the most desirable scents, prompting him to go on a killing spree to distill the essence of his victims.

At least that’s what I remember from the movie. I had so much fun with the film adaptation and I can’t wait to enjoy the story in its original form. If novels are indeed always better than their movie counterparts, then I must be in for a treat.

You may check out the film’s official trailer here: https://www.youtube.com/watch?v=8ZUkIwuc6so

I just finished reading Baltimore: The Plague Ships, the first volume of the supernatural series by Mike Mignola, Christopher Golden and Ben Steinbeck. The graphic novel is a continuation of the novel Baltimore, or, the Steadfast Tin Soldier and the Vampire, written by Mignola and Golden. 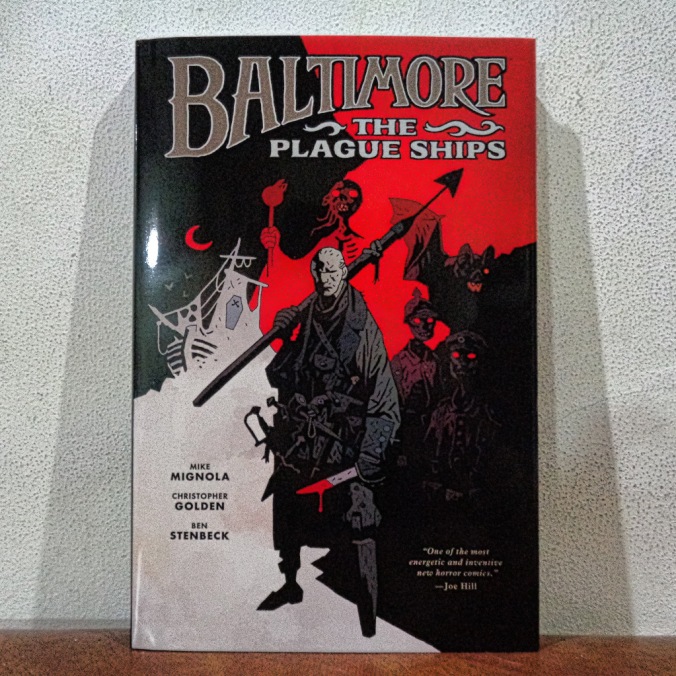 I read the book last year and enjoyed it immensely, which is why I was really excited to get started on this series. You know how, when you read a good book, you wish the story could go on forever? In most cases, you’re left to imagine what happens with the characters after everything that had transpired in the novel. With Baltimore, you get to find out.

Reading it at night makes the experience that much more enjoyable too.

As with his other works, Mignola managed to make the occult fun without losing its darker aspects. Baltimore is horror mingled with lots of action and enriched by elements of fantasy and mysticism.

The series is already six volumes in with The Cult of the Red King released last month – a seventh volume entitled Empty Graves is already in the works.

Overall, volume one did a great job transitioning the story from its written form to the illustrated medium and ended with a good set-up for the next arc. But as enjoyable as it was, I get the feeling the creators were only getting warmed up when they made it. I’m excited for volume two and I am definitely looking forward to seeing how far they can take the Baltimore mythos.

Last Saturday I read one of Matt Kindt’s earlier works entitled 3 Story: The Secret History of the Giant Man. I became a huge fan of Kindt when I started following his recently-concluded Mind MGMT series, a comic book about a secret organization of spies with out-of-this-world mental capabilities. 3 Story, meanwhile, follows the life of Craig Pressgang, a boy who literally couldn’t stop growing. 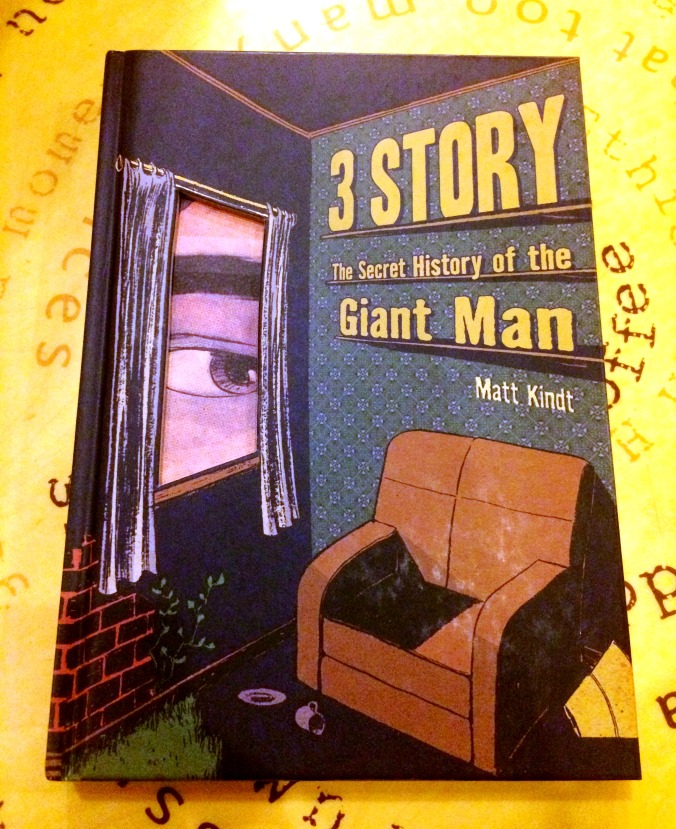 I tried tempering my expectations going into this one since it’s something Kindt made earlier in his career, plus Mind MGMT sets the bar really high not just for his works but for comics in general. But I was pleasantly surprised that the book didn’t feel like it was a lesser creation. Far from it, actually; the graphic novel has a lot of the things I enjoy about Kindt’s comics.

For instance, his funky art. Kindt uses simple illustrations and brings them to life with his masterful use of watercolors. One thing that makes a comic book good is if it balances the use of words and pictures, and this is something Kindt does particularly well – he lets you read his art as his words guide you along.

Kindt is widely known for his spy comics, so of course the protagonist gets recruited by the CIA. The book is actually presented as a secret file detailing Pressgang’s life, hence the title.

Overall, 3 Story is a treat. For first-time readers of Kindt, you’ll get a good glimpse of his brilliance which you can fully appreciate when you dive into his lengthier works. For those who have read his comics before, you probably already know that reading anything from Kindt is always pleasurable, and this is no exception. Dynamic characters, emotional sequences, brilliant imagery and exceptional storytelling – Nobody does it like Matt Kindt.